Home » DIY Guides » Are you a Networking Scaredy-Cat?

Networking Tips and How I Left my Scaredy-Cat Behind 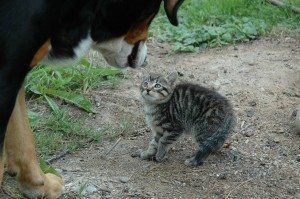 In this digital world it is all too easy to get caught up in networking online and not venture out into the physical world to actually do some good old-fashioned networking. About 5 years ago, I was scared to death of getting out and meeting people in anything that was called a “Networking Meeting.”  Today, after getting some live experience with it,  I sum up my networking motto into this phrase:  Reach Out, Listen, Act, Connect, Follow-up! What I found out is, that in reality, networking is really all about meeting people!  Then, taking it a step further and connecting with them to find out what they might need.  Toss in a little creativity and you can learn to meet their needs in a meaningful way.  Whether this need is a tidbit of information or an introduction to someone whom they are interested in meeting.

Networking is something we all do every day at the market, at the office, at the kid’s school, at your local community events… and the list goes on.

Networking is  a much-needed skill not taught in business school!

But somehow, when we hear the word “NETWORKING”, we suddenly think we must act differently and toss our business pitches at anyone nearby.

We can even be overcome with fear and dread and fail to get out the door to even attend one of these events.

How I Learned About Networking

During this time, I took the bull by the horns and began to dive into networking.  I started by running some networking groups which entailed a planned speaker and informal networking session after work, with snacks.

I observed a lot during this time and soon after I stopped running these; I began to venture out to some of these events on my own, cold!  I attended a variety of different networking events: my local Chamber of Commerce, Women in Technology,  BNI, and The Tech Sandbox.  My tips evolved from the time I spent either running my networking meetings or attending the events of these local groups for the past 4 to 5 years. My key learning was that contrary to what a lot of people might think; the goal of networking is to connect with others in a meaningful way that creates value for them and fosters a mutual interest in furthering the relationship.  It doesn’t end at the event itself. This is merely a springboard to continue to engage with the people you meet at these events.

I find that networking is one of those skills which can be built, but few people do it naturally.  I have some things I consistently do which I consider to be best practices for me personally.   I think the problem with becoming skilled at networking revolves all around the word itself. Doesn’t this word conjure up all sorts of images with serious looking folks all gathered around with cocktails and hors d’oeuvres discussing big business deals?

The Art of Networking On Ground Success

Here are the seven things I find really worked well for meeting new people and expanding my personal relationships; both on ground and online.  As you read through them, I think you will see how to connect the dots between your virtual networks (when geographically near) and your on ground connections.

Introduce yourself with a brief sound bite of information directed towards the person you approached;  good eye contact, a firm handshake, and a smile.   The shorter your intro the better and direct your attention and interest towards the other person.  Actively listening to the other person, and not waiting  with your current thought in hand, will provide you with some great conversation entry points.

I get better results when I look to make quality connections and not quantity.  It is not a contest to see who can get the most business cards in the room.

Focus on connecting and not being in the awkward position of maneuvering a handshake with a shrimp skewer in one hand and a cocktail in the other.  You paid your $20 for the connections, not the food and drink.   🙂
Clear Hands Make for a Better
Handshake
I adapted my next tip from the WITI- Women in Technology Networking Group motto. Their motto is no woman should stand alone.  Observe who might be sheepishly lingering alone to the sidelines and simply walk up to that person and introduce yourself.  You are likely to win a new friend with this method!

Use a WITI Style

Welcome others into your circle of conversation. If you find yourself conversing with someone one on one and another person joins your duo, welcome them into the fold.  Networking is about welcoming people to connect.

Still not convinced, and want to stay planted on the couch since the mere thought of going somewhere cold  (aka alone) makes you cringe and run for the ice cream in the freezer?   This next tip is just for you!  Go with an experienced buddy who can introduce you to others and provide you with a springboard to begin your networking. The experienced buddy is not someone whom you attach yourself at the hip to, but someone who will provide you with the courage to attend the event.

Go with a Buddy

The work is not done after the networking event ends.  These next two words are so important to you success with networking:  Follow up!  If you promised to deliver a tidbit of information or a new contact to your new connection, by all means deliver on your promise.

There are a lot of tips here and building them into my actual behavior at networking events took time.  Try out one or two at a time and see how they work for you.  Like anything, with practice, improvements usually come.  Don’t worry if you feel awkward at first,  I found this feeling passed with time. 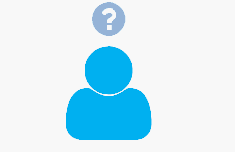 You might find that you have tried some of these tactics only to have someone latch onto you for dear life during one of these events.  The remedy here is to politely excuse yourself and get onto meeting new people; unless, of course, you are greatly enjoying your discussions.    Challenging, to do this, but when done correctly, it is empowering. I have also shared this information via speaking engagements locally in my community and have found them to be very well received.  If you have any tips you would like to add here, I would LOVE to hear from you on what works and doesn’t work for you. I have put together a handy single sheet with a summary of these tips for you to download and print as a reminder for your next networking event.